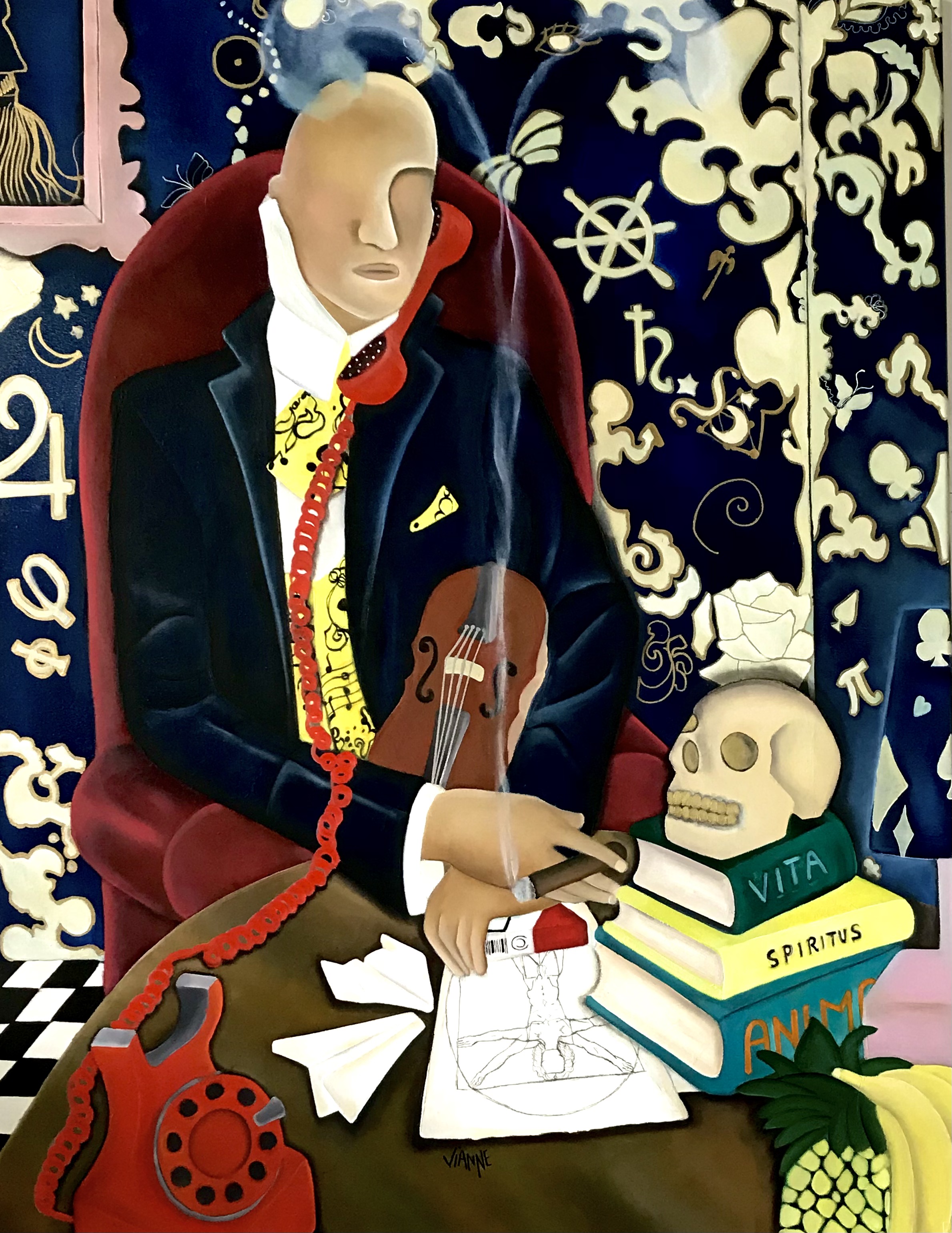 A pop contemporary portrait of Leonardo da Vinci in his office - My summary of this God like man. Sitting in a position inspired by his masterpiece "Mona Lisa" - watch the hands - in his office, the Renaissance dandy is on the telephone with his daimons. His fascination with death, his appetite for life, his taste for aesthetics and the enigma and the spirit he has transmitted us, are exposed to us in all in one room. The wall paper behind him illustrates his inner world; the symboles of the Greek Gods, the ideas, mathematics and the universal laws that governed him. The smoke of his cigar shapes the zodiac sign of Aries, the allegory of "Ares" - the God of war.